We all knew one. That kid who always told lies about video games. Maybe he knew a cheat code to make Lara Croft naked, or said that something special happened in Sonic if you collected 1000 rings, or that there really was a Carcer City in GTAIII that you had to be awesome to get to. Maybe you were that kid.

Do video game lies arise out of a desire to trick people, or because the liar wants to look cool? We may never know, but we can record all of these lies for posterity. Years from now, historians will be able to observe this unique bit of video game culture.

NOTE: This is not a wiki for funny lies about video games that you just made up, or satirical articles about fake video games. Try Uncyclopedia for that sort of thing.

Video Game Lies was created by Gregory Weir. For more stuff by him, visit Ludus Novus.

To write a new article, just enter the article title in the box below.

Not sure where to start?

In 1982, 8-year-old Jeffrey R. Yee of San Fransisco set the worldwide record for the high score on Pac Man: 6,131,940 points. In reality, the highest score achievable is 3,333,360 points, due to a game-ending byte-overflow bug in the screen rendering code when level 256 is reached, causing a "split-screen" effect, and rendering the game un-advanceable at this point. Even President Ronald Reagan was fooled by this lie, having sent Jeffrey a letter of congratulations. 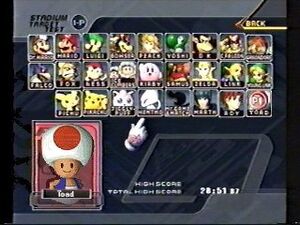 User:Evil_Tim has made many good contributions to the Doom series, Mortal Kombat series, and Talk:Goldeneye 007 pages. We encourage all users to follow in his footstep. Thank you!

Community content is available under CC-BY-SA unless otherwise noted.
Advertisement